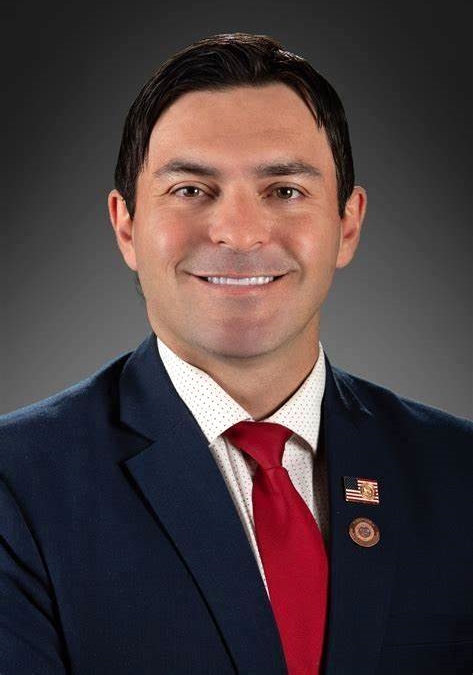 Leo Biasiucci was born & raised in Arizona. He’s the son of Italian immigrants who legally entered the United States & obtained citizenship the right way. Leo graduated from the University of Arizona with a degree in Business Administration & Management in 2005. Leo worked for General Electric & Geico before becoming a small business owner in 2013. You elected Leo to the Arizona House in 2019 & he was named Legislator of the Year in 2019 & 2021. Leo & his beautiful wife Taylor call Lake Havasu City home.

I’ve had the honor of being your State Representative since 2019, serving alongside my great teammates Senator Sonny Borrelli and Representative Regina Cobb. During my time at the Legislature, I’ve kept my promise to fight for the people of Arizona. I’m proud to share with you what I’ve accomplished:

1. My bill, HB2111, made Arizona a 2nd Amendment Sanctuary State! If Joe Biden tries to take away our guns, Arizona will tell him to pound sand!
2. My bill, HB2889, made Arizona the strictest in the nation for child sex crimes/human trafficking sentencing. We added mandatory sentences and life in prison for any repeat offender.
3. My bill, HB2107, made it illegal for the Government to shut down businesses during a pandemic. Walmart staying open while mom and pops being forced to close was wrong. Never again!
4. I voted in favor of banning abortions after 15 weeks, banning transgender surgery for minors, and banning men from playing women only competitive sports. All three of those bills were signed into law this year!
5. We passed a bill requiring proof of citizenship before you can vote.

I’m Pro-Veterans, Pro-Law Enforcement, Pro-Border Wall, Pro-Life, Pro-2nd Amendment, and I will always defend the Constitution! I believe that my track record proves that I am the right choice for re-election! Thank you, God Bless, and Vote for Leo!