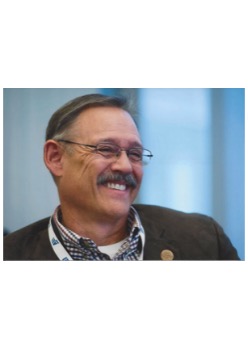 Born and raised in Michigan, Mark Finchem served 21-years with the Kalamazoo Department of Public Safety, while at the same time operating a small ranch/farm operation just outside of Kalamazoo. He moved to Tucson upon retirement in 1999. In 2014 he was elected to the State House of Representatives, and has served for eight years. Mark has a consistent voting record for pro life, pro family, and pro civil rights legislation. He is a constitutional scholar and nationally recognized advocate for election integrity.

After observing the lawlessness, incompetence, and criminality in the 2020 elections in Arizona, and knowing the law, some of which I have voted to enact, it became clear that a strong leader is needed to change the culture of the Secretary of State office. Elections belong to the people, not the government. I’m running for the office to restore public confidence in or elections, and to hold those who seek to game the system accountable.