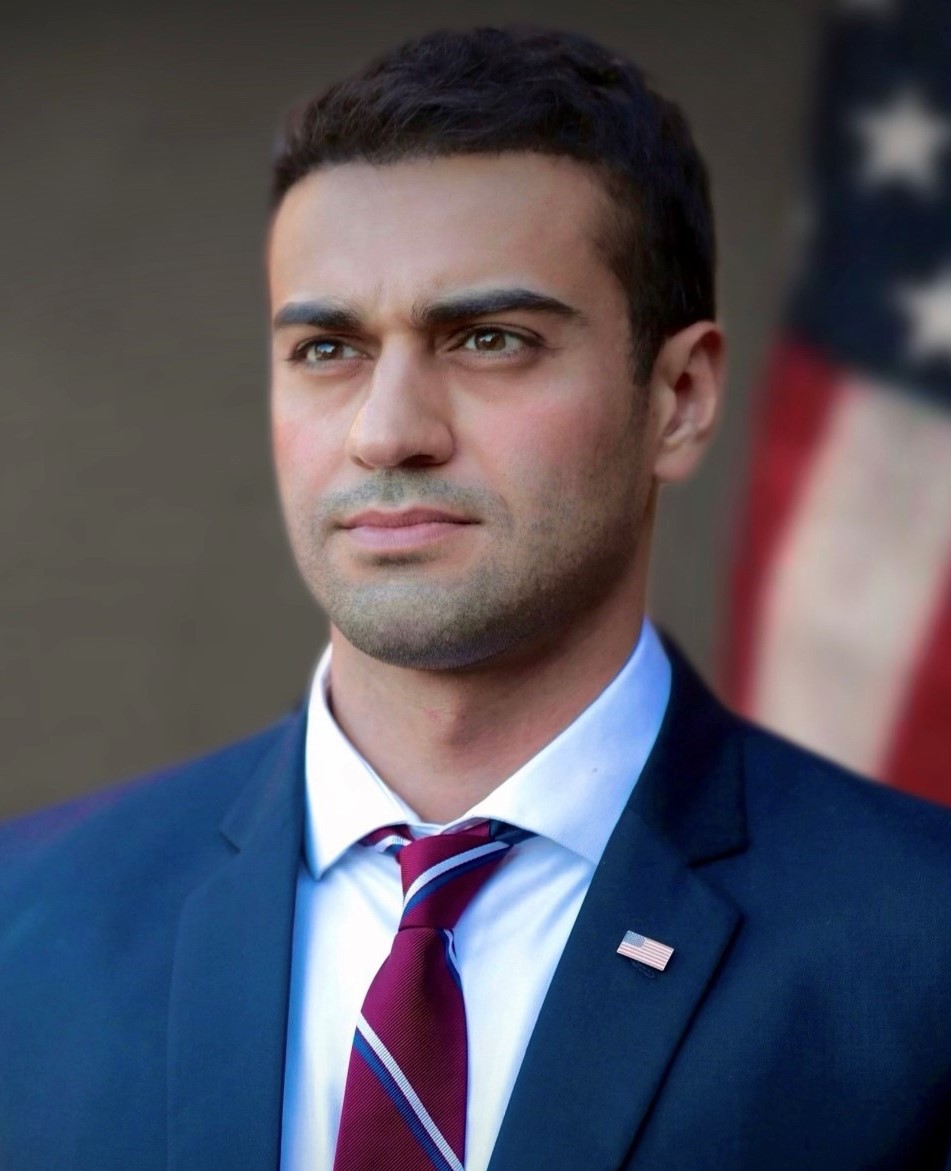 Abraham is an intelligence officer and Captain in the U.S. Army Reserve and just returned from a 14 month long deployment to Saudi Arabia. On behalf of the United States Army, Abraham negotiated high level military sales between the United States and Saudi Arabia and managed the training for Saudi Arabia’s domestic security forces both in country and in the United States. He implemented the first of its kind new enhanced security vetting in response to the 2019 Pensacola terrorist attack to prevent another terrorist attack from happening again. Abraham’s military awards include the Meritorious Service Medal, Army Achievement Medal, Gold German Armed Forces Proficiency Badge, and Overseas Service Ribbon among others.

Abraham is a former prosecutor of the Maricopa County Attorney’s Office. Abraham has appeared in court to prosecute criminals, uphold victims’ rights, and seek justice for the community. Abraham earned his undergraduate degree in Political Science from Arizona State University and earned his Juris Doctor from the University of Arizona College of Law.

Abraham is a board member of the Dean’s Council of the College of Liberal Arts and Sciences at Arizona State University. Abraham previously served on the board of advisors of the Center for Political Thought and Leadership at ASU which established a curriculum that honors and studies America’s founding thinkers and documents.

I’m a first generation American who has dedicated my life to defending the Constitution. As a prosecutor, I’ve defended the rule of law and put criminals away. As a U.S. Army Captain and Intelligence Officer who just returned from a deployment to the Middle East – I know about protecting our state and nation. That’s why I’m supported by Trump’s national security team: Ric Grenell, Kash Patel, and Robert O’Brien.

I’m running for Attorney General because when I got back from my deployment, I no longer recognized our country. I witnessed Arizonans surrender their freedoms in the name of security, while the political class blatantly violated their own decrees. We watched as churches, schools, and small businesses were shut down while big-box stores remained open. They demonize our police while idolizing criminals. When do we say enough is enough? I say NOW.

As Attorney General, I will prosecute criminals who terrorize our cities. I will ensure our elections are free, fair, and without fraud. I will go after the cartels that are importing drugs into our communities, treating them as the terrorists they are. I will safeguard our God-given freedoms. I’m running to be the Attorney General that fights for you.