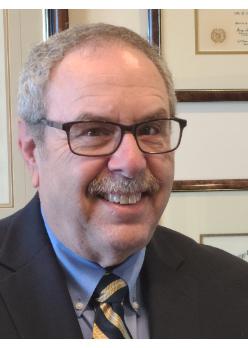 Steve Zipperman is a Constitutional Conservative and an American patriot. He believes that our Declaration of Independence and Constitution are the foundations of America’s success and freedom. This belief motivated him to be community minded throughout his life. At seventeen, he enlisted in the U.S. Army and patched up Vietnam War heroes at Walter Reed. After three years of improving and comforting the lives of wounded warriors, he began a career in business and law. Owning and operating successful businesses for years, gave him a deep understanding of how the government often impedes the prosperity of everyone.
Mr. Zipperman practiced law for 28 years after putting himself through Law School working in the LA County District Attorney’s office – Hardcore Gang Unit. He was published in the UCLA Journal of Environmental Law and Policy. While running his own law firm, he negotiated thousands of transactions and resolved hundreds of cases. He also gained invaluable real estate and business experience along the way. Steve Zipperman understands how to negotiate laws that serve the people and keep our citizens free.
As volunteers, Steve and his wife, Sharon taught “Constitution 101,” based on Hillsdale College’s curriculum. He also proudly served as First Vice-Chair to the Republican Party of Yavapai County, where his team consistently broke fundraising records. His Senate campaign focuses on working with grassroots citizens to protect our country, our citizens, and our rights.

All that is necessary for evil to triumph is for good men to do nothing. Edwin Burke
Our nation and our State are in danger of being lost forever. The Founders gave us a wonderful nation, with some of the most significant operating documents ever written; our Constitution and Declaration of Independence. Our God given rights are under attack from our own government. The First Amendment is being compromised on a daily basis. We can’t count on journalistic integrity to provide our citizens with objective news. Our religious freedoms are being usurped, under the guise of protecting the public from Covid. When we assemble to redress grievances against our government, we are arrested and held without bail and without legal representation. Our Second Amendment rights are also under attack. The Founders knew that without firearms tyranny was a likely outcome from our own government. We are being invaded across our Southern border, and Article IV, Section 4 requires the federal government to do something to protect Arizona from this onslaught. The 2020 elections proved to me that our election system has failed the American people. Without confidence in our elections, our once free country will be lost forever. As I watched our traditional American values being stripped away from those representing us in our government, I just couldn’t sit back and do nothing. This is MY country, land that I love, and I will do whatever is in my power to stand beside her and guide her through the night with the light from above. I am compelled to serve my country and to save her from these evils. I took an oath to preserve and protect the Constitution of the United States against all enemies, both foreign and domestic. It is clear that we have a lot of domestic enemies attempting to undermine our Constitution. My oath has no expiration date, and it was sworn to God. I will work tirelessly to live up to my obligations to this country, my home State, and the people of Arizona. These positions are non-negotiable. Government representatives need to be accountable to the people who elect them, and I swear that I will work hard to live up to these ideals.