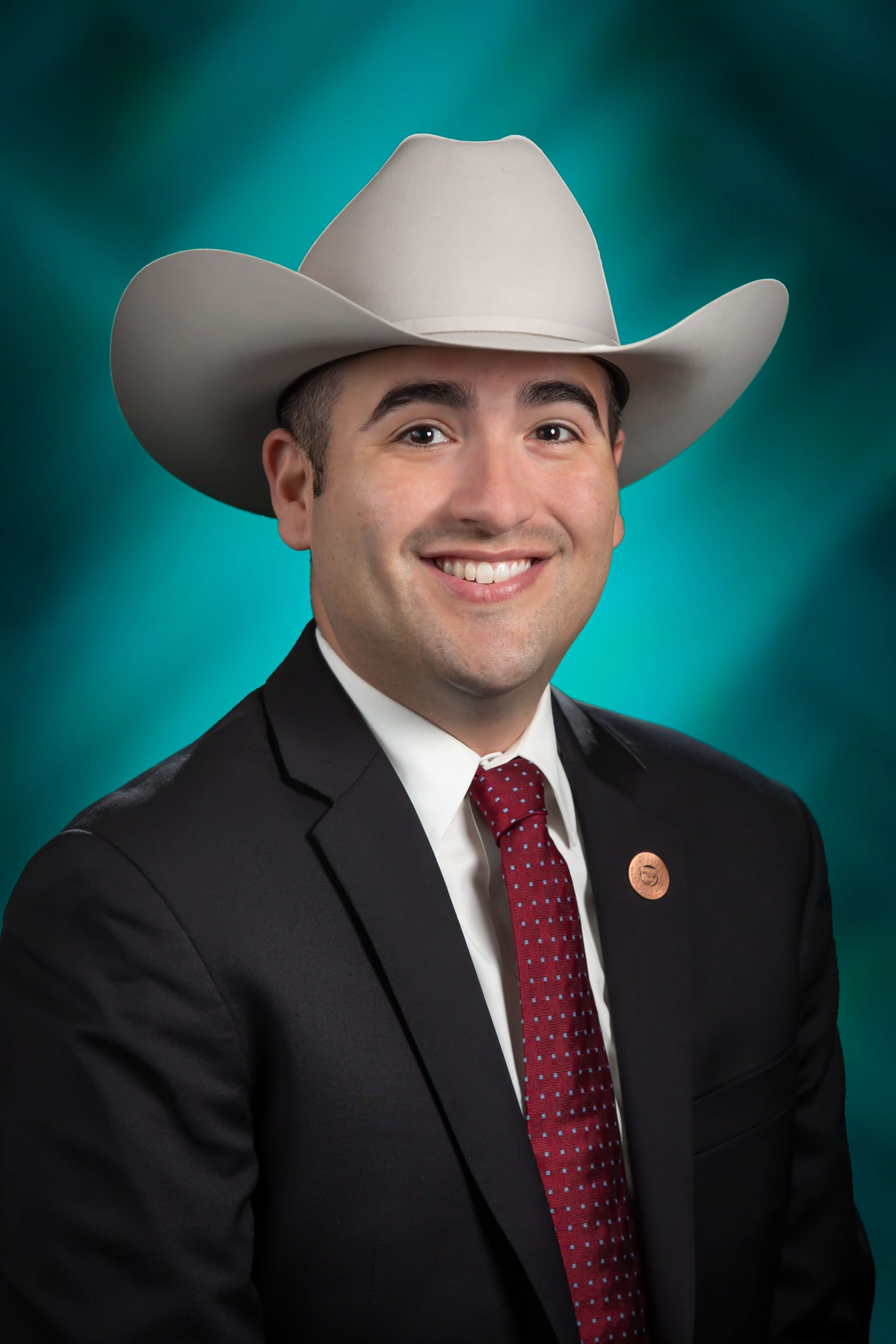 T.J. Shope is a resident of Coolidge, Arizona, and has long been active in the community. Born in Florence, Shope has lived in Coolidge for the overwhelming majority of his life and is a graduate of Coolidge High School and Central Arizona College, where he was inducted into the CAC Wall of Success. He also earned a Bachelor of Science Degree in Political Science from Arizona State University.

Elected to the Coolidge Unified School District Governing Board in 2008 and re-elected in 2012 & 2016, he was voted to be the board’s vice-president upon taking office in 2009 and in 2013, was elected the board’s president and held that position until January 2020 when he assumed the role of vice-president for his final year in office that concluded in December of 2020.

Shope was elected to the Arizona State Senate in 2020 and took office January 11, 2021. In the Senate, he serves as the Vice Chairman of three committees: Senate Committee on Natural Resources, Energy and Water; Transportation & Technology; and Education. He is also a Member of the Senate Committee on Health & Human Services. In addition, he serves as a Senate Member of the Legislative Council.

Shope is married to Melissa and co-owns his family’s long-time business, Shope’s IGA Supermarket, in Coolidge. He is also employed by National Bank of Arizona as the Community Sales Development Officer for the Phoenix based bank.

This election is a critical for rural Arizona. Each voter must ask themselves: “Who will best represent me in the state senate?” T.J. Shope has a distinguished record of standing up for the people he represents. T.J. Shope knows education very well as a nearly 12-year local school board member, so he fought for AND DELIVERED increased teacher pay and pay increases for the support staff who make the schools run while the teachers teach! T.J. Shope strongly believes that rural communities must have healthcare that is affordable and available, so he has fought to keep rural hospitals open which is even more important in the COVID19 crisis. T.J. Shope also fought for policies that helped bring desperately needed jobs to our area such as Lucid & Nikola Motors. For many years T.J. Shope has been a leading advocate for safe neighborhoods and has worked to provide law enforcement with the tools and the funding they need to get the job done. Your vote for T.J. Shope for State Senate will ensure that we keep an honest leader who is a real friend of the people and unafraid to fight for you! More information available at www.tjshopeaz.com.