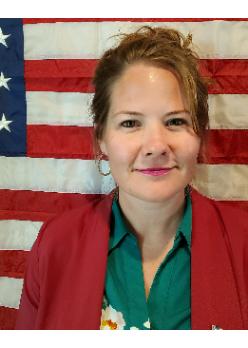 Maryn is a female combat veteran, having bravely served the National Guard in Operation Iraqi Freedom as well as Operation Copper Cactus, a counter drug mission on the Arizona border. After being honorably discharged as a Sergeant, Maryn started a small business which continues to support our local schools, sports teams, and nonprofits over a decade later.

Maryn has been a nationally and state registered certified EMT and holds a Bachelors degree in Behavioral Science. Maryn worked her way through college serving the community as a waitress, tow truck driver, and EMT. When Maryn purchased her first home in South Phoenix, she found it to be a perfect combination of her rural roots and city life.

Having lived in diverse areas nationally and internationally, Maryn understands that freedom isn’t free; freedom is priceless! Maryn stands for community safety, limited government, criminal justice reform, free speech, second amendment as the great equalizer, pro life, and caring for our rising generation. Maryn is ready to stand on the front lines once again to represent you in Laveen, South Phoenix, Guadalupe, and Downtown Phoenix in Legislative District 11!

I absolutely love the south side and I’m firmly attached to his overall success as a homeowner, referee and small business owner. I’ve never realized politics took place at a local level. That is, until I was forced to. Friends, neighbors and myself share frustrating stories around the increase of crime and homelessness to the governmental overreach of our children. Enough is enough. Thank you for your vote in support of community safety, school choice and a limited government candidate in myself. It is with much gratitude the opportunity to meet everyone of you and listen to your stories and ideas for our shared community.