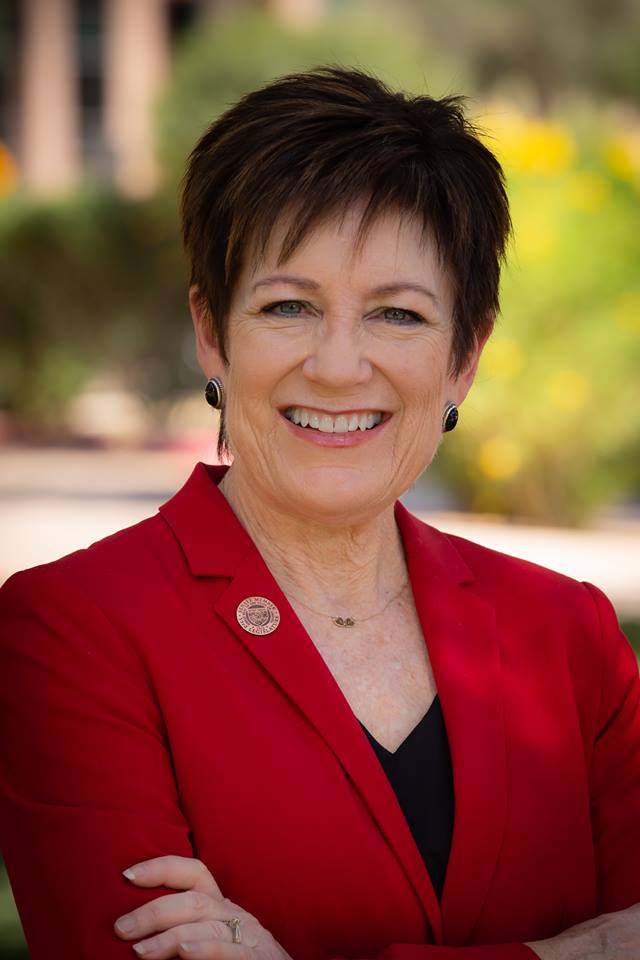 Nancy has sponsored numerous health care reforms, resisting government’s wholesale takeover of health care and working to ensure affordable health care options that protect our fundamental freedoms can flourish in our state. She has been a champion for the unborn, elderly and individuals with disabilities in the Legislature. Recognized as a consistent leader for Arizona families, Nancy has also shepherded important property tax and homeowner reforms into law and been a voice for reform and accountability in Arizona’s foster care, corrections and behavioral health systems and served as co-chair of Child Safety Oversight Committees since 2013.

She and her husband, Joe Barto, grew up in the Valley and are proud parents of three daughters and sons-in-law and three grandchildren. Nancy studied Vocal Performance and Elementary Education at Arizona State University and A.S.U. West.

Prior to her Legislative service Nancy enjoyed a career as a mother, community volunteer and public policy advocate. She enjoys hiking, playing piano and time with her family. Joe and Nancy are members of Living Streams Church.

There is no doubt we are living in critically troubling times. The leaders we choose at every level of government will impact the future of our state either positively or negatively. The problems we are facing – for example, substance abuse and associated criminal activity and the horrific effects it perpetrates on families as well as the over-sexualization and gender confusion of our children, are increasing every day. The role of families and the Church – our nation’s sure foundations since its inception, has been weakened, marginalized and redefined to the point where their influence for good is compromised at best. With the new districts, it is important to elect candidates who will restore respect for families and people of faith as well as the Constitutional role of government. I have worked diligently in the Legislature fighting for our values and our precious freedoms and, if re-elected to the Senate, my aim is to bring these priorities to bear in the new District 4. I also believe a limited and accountable government is key to our thriving economy. Arizona needs support for our law enforcement and a strengthened southern border which protects our citizens, support for parents’ rights, education that works for every student, and protection of every innocent life. I have voted accordingly. I’ve also made it my job to look out for the vulnerable. All too often, the needs of the weakest are ignored because they aren’t tied to lucrative special interest contracts and powerbrokers in government. These are the voices I have sought to represent: Foster children who lack representation and go missing with no one invested in their recovery; the seriously mentally ill who slip through the cracks of our broken system, ending up incarcerated instead; and individuals with severe intellectual and physical disabilities receiving state services. Achieving accountability and independent oversight of the billions spend each year in these systems of care is a continual challenge, but so needed right now. Thank you for your support and prayers over the years and in the coming election.