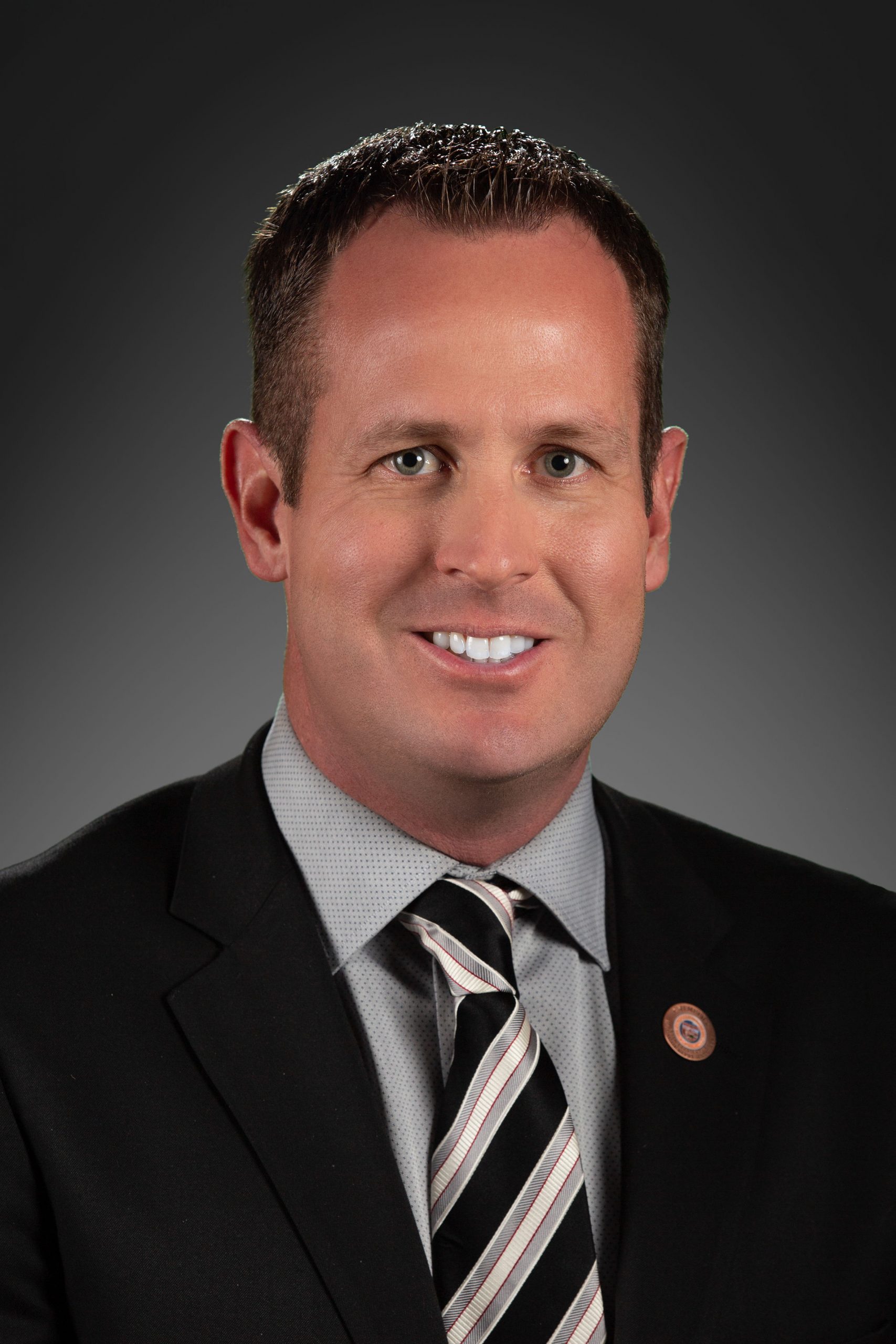 Travis was born and raised in Scottsdale, AZ. A third generation Arizonan, Travis has always had a strong sense of service to his state and country. Travis attended Arizona State University and it was during this time that he enlisted in the United States Air Force / Arizona Air National Guard’s 161st Air Refueling Wing which was founded by Barry Goldwater in 1946. Growing up, Travis learned the value of a hard day’s work whether on his family’s cattle ranch or helping out wherever he could in his father’s aviation business.

Travis completed basic training at Lackland Air Force Base in San Antonio, TX and was ultimately trained and served as an aircraft maintenance technician on the KC-135E Stratotanker achieving the rank of Staff Sergeant. Upon graduation from college, Travis was selected for Specialized Undergraduate Pilot Training at Laughlin Air Force Base in Del Rio, TX. Following Officer Training School and after being commissioned as a Second Lieutenant, Travis attended the 1 year course and earned his wings in August of 2003. Travis currently holds the rank of Lieutenant Colonel and is serving as an Aircraft Commander and Instructor Pilot in the Arizona Air National Guard with over 3000 hours in the KC135E/R.

As a part time traditional guardsmen or “citizen soldier”, Travis has deployed to numerous forward operating locations throughout the world in support of the ongoing war on terror. He has also flown over 50 combat missions and has flown in support of numerous homeland defense and humanitarian relief missions.

Utilizing the skills he learned growing up in Arizona and through his experiences in the military, Travis joined International Air Response Inc. (IAR) in 2003 as the Vice President in charge of Operations and decided to purchase the company with his brother in 2009. Travis sold his interest in 2017 and International Air Response has grown into the world’s largest provider of specialized aerial services with its fleet of 5 Lockheed C-130’s and a newly formed FAA PART 145 maintenance, repair and overhaul facility at the Phoenix Mesa Gateway Airport in Mesa, AZ. Travis’s unique background relating to aviation, world events, and sound conservative business policy contributed greatly to IAR’s dynamic customer base and ongoing growth and success.

Travis is currently serving his third term in the Arizona House of Representatives in Arizona’s 12th legislative district which encompasses Gilbert and Queen Creek Arizona.

Travis holds a Bachelor of Science degree in Agribusiness from Arizona State University. Travis and his wife Patricia reside in Gilbert, AZ with their two daughters Katelyn and Kristyn.

To shrink government spending and size!