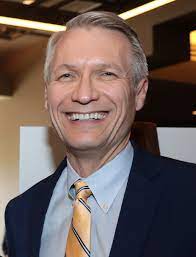 I am one of the few conservatives on the council. Councilman Sal DiCiccio is term-limited. If he is replaced by a Democrat and I were to lose my race, there would be ONE Republican out of nine council members. I have fought against expanding the size of government. I fight to ensure that taxpayer funds are spent wisely and on core city functions, and not on new programs that provide little value.

I have been one of the strongest defenders of our police department on the council. The verbal attacks on officers by the “defund the police” crowd at council meetings and elsewhere are outrageous. I have been proud to fight back against them.

These roles are vital to keep balance on our council.