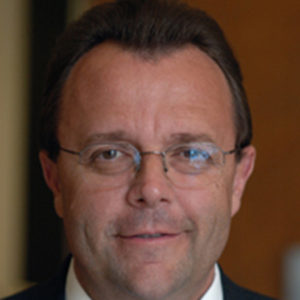 As an Army 82nd Airborne Paratrooper, I learned how to fight  and win.
As your Supervisor, I have a new fight that I intend to win starting NOW!
I am running for Maricopa County Board of Supervisors because:
1. I think President Donald Trump won the election in 2020 and I don’t want the same broken elections to happen in again in Maricopa
County in 2024.
2. I believe the elections are broken and the electorate has lost trust in the election process, and I want to help restore trust in our
elections.
3. While the legislature is struggling to get election reform bills passed there are things that Maricopa County can do to make our elections
safe, secure, and trustworthy. As your Maricopa County Supervisor I will make it a priority to implement:
Local Precinct voting requirements for the 2024 Election:
Rigorously enforce state law against ballot harvesting
Eliminate unsecured and unsupervised ballot drop boxes
Sign-in requirements for drop off of ballots in precinct
Tally of vote results completed within 24 hours
Only mail in ballots for health and absence reasons
Require voting in the precinct where you are registered.
Ensure a robust signature verification and voter ID system
My Job One is to restore that trust.
4. I want to work for you the voters to make changes in Maricopa County. It will take our combined best effort and dedication and the help
of our Almighty Father in Heaven to do so.
5. I am an America First candidate who Strongly believes that what “Makes America Great” is Faith, Family and Freedom.
6. I believe that the U.S. Constitution is inspired from God. I will strongly defend it.
7. I am Pro-life. I believe we are His children and therefore we must protect the lives of the unborn.
8. I believe marriage between one man and one woman is ordained of God.
9. I believe that parents know what is best for their children. Therefore, the parents should be in charge of their child’s learning and
healthcare. School choice freedom must be unimpeded, all local and state tax dollars must follow the student
10. I believe God created male and female.
11. I believe in the power of prayer.
12. I believe mask and vaccine mandates should end and never come back again.
13. I will vote to protect our 2nd Amendment rights.
14. I will vote to support our police, Im committed to fully funding our police and giving them the tools they need to protect themselves
and they need to enforce all the laws in our county, including criminal trespassing caused by a refusal of our federal government to
enforce immigration laws.
15. I will support our soldiers, sailors, airmen and our veterans. I will work to ensure veterans get the benifits they earned and were
promised.

Congressman Andy Biggs said, “…decisive battles must be won at the local level by warriors who will stand up for the Constitution and the inalienable rights granted by our Creator. We are blessed that Thayer Verschoor has committed to providing the leadership necessary to restore voter confidence and ballot integrity as your next County Supervisor in District 2.”