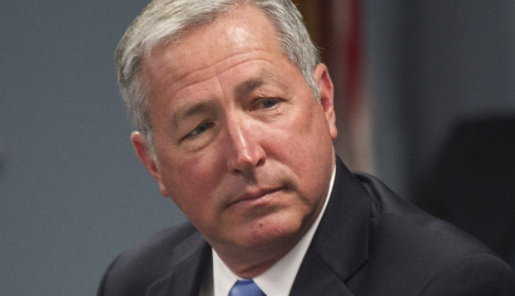 Doug Little is a conservative Republican candidate for the Maricopa County Board of Supervisors (District 2). He has lived in the District for over 23 years. Little was formerly the Deputy Assistant Secretary for Intergovernmental and External Affairs for the US Department of Energy during the Trump Administration.
Prior to the Department of Energy, Little served as a Commissioner at the Arizona Corporation Commission (ACC). He was Chairman of the Commission from January to December 2016.
Little was a board member of the National Association of Regulatory Utility Commissioners (NARUC), the Western Conference of Public Utility Commissioners and the Western Interstate Energy Board.
Prior to being elected to the ACC, Little was active in Republican politics, serving as Chairman of LD23 for over 2 years. He was also a State Committeeman and a Precinct Committeeman.
Doug supports fiscal responsibility in government, lower taxes, strong economic growth, secure borders and the right to life. He is a strong proponent of fair and free elections and supports Voter ID.
He has been an active NRA Instructor since 2003 and is a Life Member of the NRA.
He and his wife Linda have lived in Scottsdale since 1998.

I am pursuing this office out of a sincere desire to continue to perform public service for the district and state that has been my home for over 23 years. After a successful business career of over 30 years, I wanted to give something back. I have engaged in public service for over 6 years and would like to continue that service as a member of the Maricopa County Board of Supervisors. I would like to make clear that I have no ambition for higher office beyond this role, nor do I have any other outside employment. This position would be a full-time position for me, to which I would devote significant time and attention.

As someone who formerly held statewide office, I am no stranger to the challenges faced by those who hold public office. I have repeatedly demonstrated that, when necessary, I can support and defend decisions that are the right thing to do but may not be politically popular with certain special interests. I have not and will not compromise vital principles in the interest of political expediency. That is simply not in my DNA.

In conclusion, demonstrating leadership is a choice each of us make every day. I have a proven track record of leading by example at both the Arizona Corporation Commission and the US Department of Energy. I also believe that public officials should be held to a higher standard of behavior because of the great responsibility that has been entrusted to them by their constituents. If elected, I would embrace this leadership role and endeavor to serve the people of Maricopa County and the State of Arizona with the highest levels of honesty, integrity, and transparency.